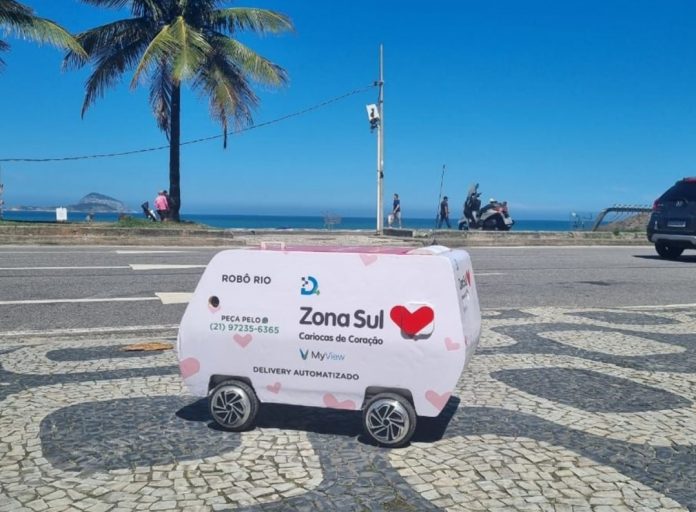 Some Cariocas are facing when placing an order at a supermarket chain, the Zona Sul. A different delivery. It is a terrestrial drone with a load capacity of 35 kg, which moves at a speed of 6 km per hour, has a sensor, and avoids obstacles.

Created by businessman Thiago Calvet and three partners, with an investment of R$ 1.2 million, the device works based on geolocation. From pre-programming, the robot learns all the routes and makes the deliveries. Before having its load capacity expanded, used the drone inside condominiums. The new version of the robot has already made 600 deliveries.

“The vehicle works without emitting carbon, which is responsible for contributing to air pollution and the unbalanced increase in temperature on Earth. With this, the deliveries made by Robot Rio do not generate environmental impacts”, says the company MyView in a publication on social networks.