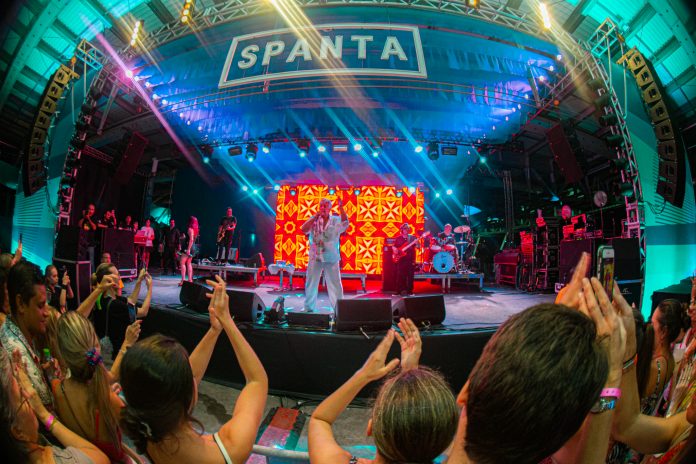 Next Thursday, January 6th, the Universo Spanta begins in Rio de Janeiro, opening the Rio summer of 2022 and the schedule of significant festivals; this year, there will be 11, including Rock in Rio. The event will have more than 100 attractions and around 200 hours of music to stir the public at Marina da Glória throughout every weekend in January. The festival’s opening begins with a night in honor of health professionals who were instrumental in fighting Covid. There will be 15 thousand professionals and companions, who will have free entry, and will be able to enjoy, among other attractions, Lulu Santos, Luisa Sonza, and the Velha Guarda da Portela.

The first weekend starts Friday, the 7th, with pop music by Duda Beat, the Minas Gerais artist Marina Sena, ‘new revelation of the year’ at the Multishow award, the Gilsons, a group formed by the children and grandchildren of Gilberto Gil, Chico Chico, and a lot most. On Saturday 8th, the samba dancers Ferrugem and Zeca Pagodinho, the queen of Axé Ivete Sangalo, the duo Maiara and Maraisa, and Ney Matogrosso are among the attractions. Furthermore, on Sunday, there are Paulinho da Viola and children, Melim with the special participation of Ana Gabriela and Mundo Bita, and recreational activities for the kids and their pets.

There will be three stages, Corcovado, Guanabara, and Lapa, set up in an area of ??more than 60 thousand square meters, principally outdoors. The public will also find lounges available to relax in the space, as well as a food court. There are areas reserved for people with disabilities.

With diverse musical curatorship and an entirely Brazilian program that mixes forró and rock, sertanejo and rap, MPB and samba in the same night, the Universe Spanta wants to provide musical experiences. “Santa has, throughout its history, the proposal of being much more than entertainment. We want to provide the audience with a diverse musical experience. Rhythm mixing allows the audience to experience sounds they would not normally think of seeing. Moreover, the most interesting thing is that they discover that they like and know the songs“, says Max Vianna, artistic director of the event.

Guacira Bello, the festival’s artistic coordinator, guarantees that news from the music scene will be there. “The festival has had the mark of giving space for new artists to show their work, and it is also a super opportunity for the public to meet names that are already successful and have a loyal following on digital platforms.”